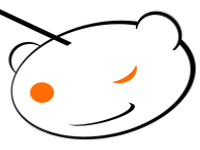 The Idle RPG is just what it sounds like: an RPG in which the players idle. In addition to merely gaining levels, players can find items and battle other players. However, this is all done for you; you just idle. There are no set classes; you can name your character anything you like, and have its class be anything you like, as well.

The Idle RPG can be played on the Snoonet IRC Network in the channel #idlerpg.

This is a p20 (see Penalties) command.

If you have forgotten your password, please use the INFO command to find an online admin to help you. If your administrator does not have the INFO command enabled, then just message an op in the channel. They can probably help you.

To change your alignment, simply:

Your alignment can affect certain aspects of the game. You may align with good, neutral, or evil. 'Good' users have a 10% boost to their item sum for battles, and a 1/12 chance each day that they, along with a 'good' friend, will have the light of their god shine upon them, accelerating them 5-12% toward their next level. 'Evil' users have a 10% detriment to their item sum for battles (ever forsaken in their time of most need...), but have a 1/8 chance each day that they will either a) attempt to steal an item from a 'good' user (whom they cannot help but hate) or b) be forsaken (for 1-5% of their TTL) by their evil god. After all, we all know that crime doesn't pay. Also, 'good' users have only a 1/50 chance of landing a Critical Strike when battling, while 'evil' users (who always fight dirty) have a 1/20 chance. Neutral users haven't had anything changed, and all users start off as neutral.

I haven't run the numbers to see which alignment it is better to follow, so the stats for this feature may change in the future.

To see some simple information on the bot, simply:

This command gives info such as to which server the bot is connected and the nicknames of online bot admins.

This command is optional, and may be disabled by your bot admin.

To gain levels, you must only be logged in and idle. The time between levels is based on your character level, and is calculated by the formula:

Where ^ represents the exponentiation operator.

Very high levels are calculated differently as of version 3.0. Levels after level 60 have a next time to level of:

The exponent method code had simply gotten to that point that levels were taking too long to complete.

To see the active quest, its users, and its time left to completion:

If you do something other than idle, like part, quit, talk in the channel, change your nick, or notice the channel, you are penalized. The penalties are time, in seconds, added to your next time to level and are based on your character level. The formulae are as follows:

Penalty shorthand is p[num]. So, a nick change is a p30 event, parting the channel is a p200 event, and quitting IRC is a p20 event. Messages and notices are p[length of message in characters].

Each time you level, you find an item. You can find an item as high as 1.5*YOUR_LEVEL (unless you find a unique item). There are 10 types of items: rings, amulets, charms, weapons, helms, tunics, gloves, leggings, shields, and boots. You can find one of each type. When you find an item with a level higher than the level of the item you already have, you toss the old item and start using the new one. As of version 3.0, there is an optional, p0 STATUS command that your admin may have enabled, but you cannot see which items you have over IRC (only your total item sum). You can, however, see which items you have on the web here.

As you may guess, you have a higher chance of rolling an item of a lower value than you do of rolling one of a higher value level. The exact formula is as follows:

As for item type, you have an equal chance to roll any type.

If you win, your time towards your next level is lowered. The amount that it is lowered is based on your opponent's level. The formula is:

This means that you lose no less than 7% from your next time to level. If you win, your opponent is not penalized any time, unless you land a Critical Strike.

If you lose, you will be penalized time. The penalty is calculated using the formula:

This means that you gain no less than 7% of your next time to level. If you lose, your opponent is not awarded any time.

As of version 3.0, if more than 15% of online players are level 45 or higher, then a random level 45+ user will battle another random player every hour. This is to speed up levelling among higher level players.

Also as of version 3.0, there is a grid system. The grid is a 500 x 500 area in which players may walk. If you encounter another player on the grid, you have a 1 / (NUMBER_OF_ONLINE_PLAYERS) chance to battle them. Battle awards are calculated using the above formulae. More information on the grid system is available here.

Also as of version 3.0, a successful battle may result an item being stolen.

As of v2.1.2, after level 25, you have a chance to roll items significantly higher than items you would normally find at that level. These are unique items, and have the following stats:

The Hand of God

As of v3.0, every online user has a (roughly) 1/20 chance per day of a "Hand of God" affecting them. A HoG can help or hurt your character by carrying it between 5 and 75 percent towards or away from its next time to level. The odds are in your favor, however, with an 80% chance to help your character, and only a 20% chance of your character being smitten.

In addition to occurring randomly, admins may summon the HoG at their whim.

As of v2.0.4, if a challenger beats his opponent in battle, he has a 1/35 chance of landing a Critical Strike. If this occurs, his opponent is penalized time towards his next time to level. This amount is calculated by the formula:

Meaning he gains no less than 5% and no more than 25% of his next time to level.

As of v3.0, every online user has (roughly) 1/4 chance per day of being involved in a 'team battle.' Team battles pit three online players against three other online players. Each side's items are summed, and a winner is chosen as in regular battling. If the first group bests the second group in combat, 20% of the lowest of the three's TTL is removed from their clocks. If the first group loses, 20% of their lowest member's TTL is added to their TTL.

As of v3.0, every online user has a (roughly) 1/8 chance per day of a calamity occurring to them. A calamity is a bit of extremely bad luck that either:
a) slows a player 5-12% of their next time to level
b) lowers one of their item's value by 10%

As of v3.0, every online user has a (roughly) 1/8 chance per day of a godsend occurring to them. A godsend is a bit of extremely good luck that either:
a) accelerates a player 5-12% of their next time to level
b) increases one of their item's value by 10%

As of v2.3, there are Quests. Four level 40+ users that have been online for more than ten hours are chosen to represent and assist the Realm by going on a quest. If all four users make it to the quest's end, all questers are awarded by removing 25% of their TTL (ie, their TTL at quest's end). To complete a quest, no user can be penalized until the quest's end. As of v3.0, there are two kinds of quests: grid-based quests and time-based quests. Time-based quests last a random time between 12 and 24 hours. Grid-based quests are based on the grid system and do not have a set time to completion. Rather, the questers must reach certain points on the map for their quest to be complete. If the quest is not completed, ALL online users are penalized a p15 as punishment.

As of v3.0, the IRPG has a grid system. The grid can be considered a 500 x 500 point map on which the players may walk. Every second, each player has an equal chance to step up, down, or neither, and an equal chance to step left, right, or neither. If a user encounters another player, there is a 1/(NUMBER_OF_ONLINE_PLAYERS) chance that they will battle one another. Normal battling rules apply.

Some quests require that users walk to certain points on the map. In the spirit of IRPG, of course, the trek is made for you. Your character will automatically walk in the direction that it is supposed to, although at a much slower than normal pace (to avoid accidents, of course. you don't want to fall down and risk a Realm-wide p15!).

As of v3.0, the IRPG has item stealing. After each battle, if the challenger wins, he has a slightly less than 2% chance of stealing an item from the challengee. Only items of a higher value are stolen, and the challenger's old item is given to the challengee in a moment of pity.

Many thanks to version 3.0's map creators, res0 and Jeb! The game wouldn't be the same without you.

The IRPG would not be possible without help from a lot of people. To jwbozzy, yawnwraith, Tosirap, res0, dwyn, Parallax, protomek, Bert, clavicle, drdink, jeff, rasher, Sticks, Nerje, Asterax, emad, inkblot(!), schmolli, mikegrb, mumkin, sean, Minhiriath, and Dan, I give many thanks. Unfortunately, this list has grown too large to maintain. More user contributions can be seen in the ChangeLog.